Note: ZenHub's full feature set is unlocked when you connect your GitHub Organization to ZenHub

Use epics for themes of work, projects, and goals

It's important to first define whether a piece of work is small enough to be an issue, or needs to scale into an epic. First, consider the time it takes to complete a task and it's complexity: Issues should be completed in the smallest amount of time possible, and be very specific. If an Issue will take weeks or months to finish, has a lot of moving parts, it should probably be an epic, with multiple issues under it.

Likewise, if an Issue is too complicated (if multiple tasks are required to finish it), it's probably better as an epic. Splitting tasks into easily completed pieces of work will help you ship valuable changes more often and reduce technical debt. It also helps you follow best practices for how to effectively plan and track Sprints.

Checklists VS. issues VS. epics

There are two ways in GitHub and ZenHub to create 'sub-tasks' or lists of work that need to be done. To help teams better scale projects and keep work organized, below are best practices for using checklists, issues, and epics.

And when you need to track the process of a bundle of work, for example multiple GitHub issues and pull requests, you can roll these up to an epic: 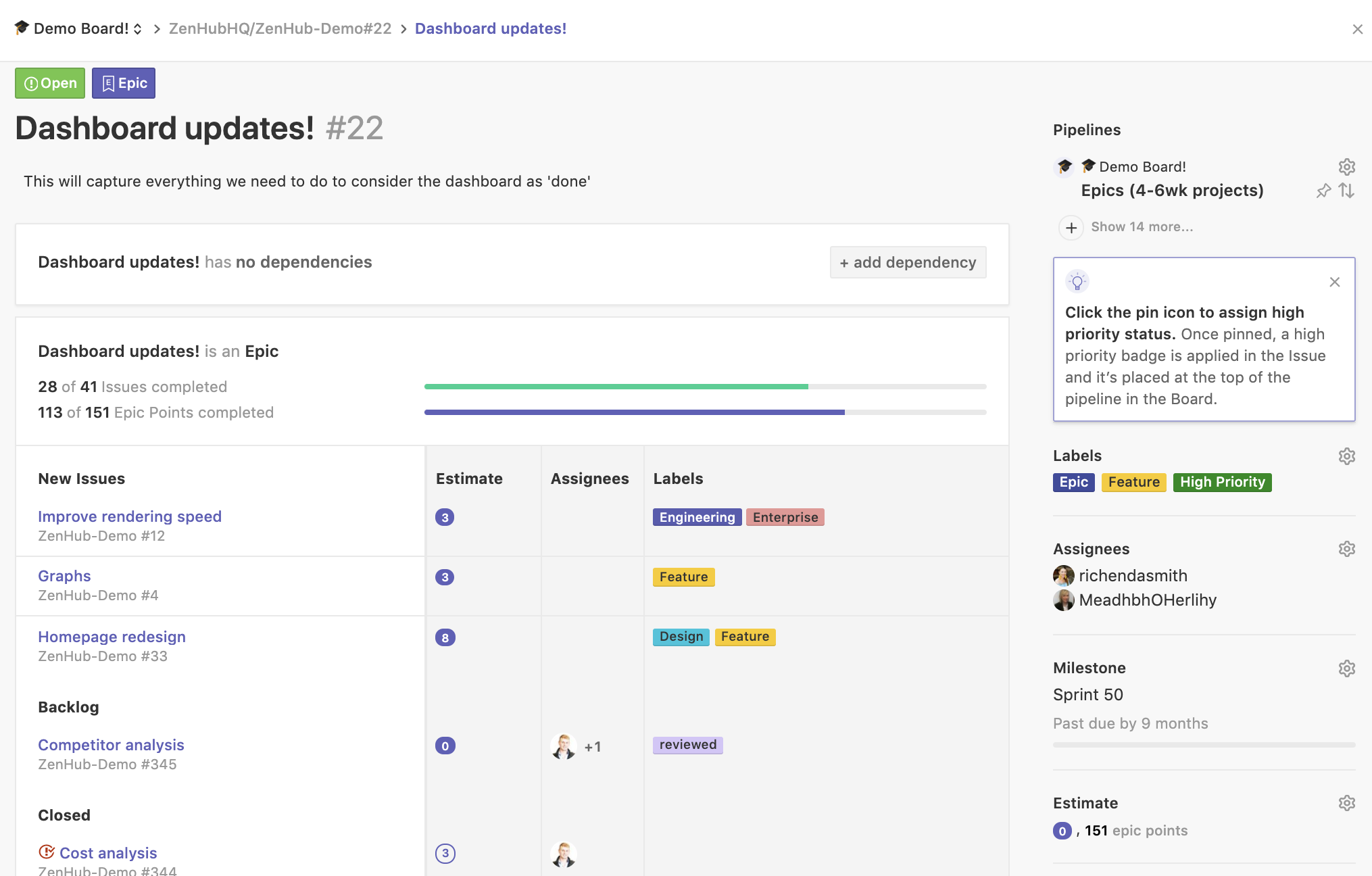 Questions to help determine when to use a checklist, issue, or epic:

In addition to the questions above, here's an easy framework for defining whether something should be a checklist, issue, or epic:

A note on issues, checklists, and epics in sprints

When you create an epic, the epic itself shouldn't be 'work' but rather, the container that keeps the project or bundle of similar Issues together. Each individual issue should be what ends up in your sprints, and shuffled on your Board.

To manage epics and projects on your Board, create two new epic pipelines

Having a designated pipeline for epics, as well as epic priorities helps the team understand what is a key priority versus one that is upcoming, or, something that is continuous and ongoing (for example, using an epic to bundle UX improvements).

We recommend using the priority epic pipeline for work that is actively being worked within the next 3 months.