To help teams read the Release report and know when bottlenecks or project blockers might be occurring, we've collated various Release report charts below. Each chart has a description of key aspects of the report that you might notice in your own charts and what to do if you do spot similar trends.

A Release report that shows a project behind schedule

With every Release report, you should be closing Issues at a rate fast enough that the darkest purple dots align above or just level with the Desired velocity, or yellow line.

Ideally, work completed should be in line with, or just above, the desired velocity in order to hit your Desired end date. In the chart below, the team's completed points are well below the desired velocity slope. This suggests that they won’t complete the work committed in this release by the intended deadline.

If you're noticing your team is well below the yellow line, prompt a conversation around next steps and options: 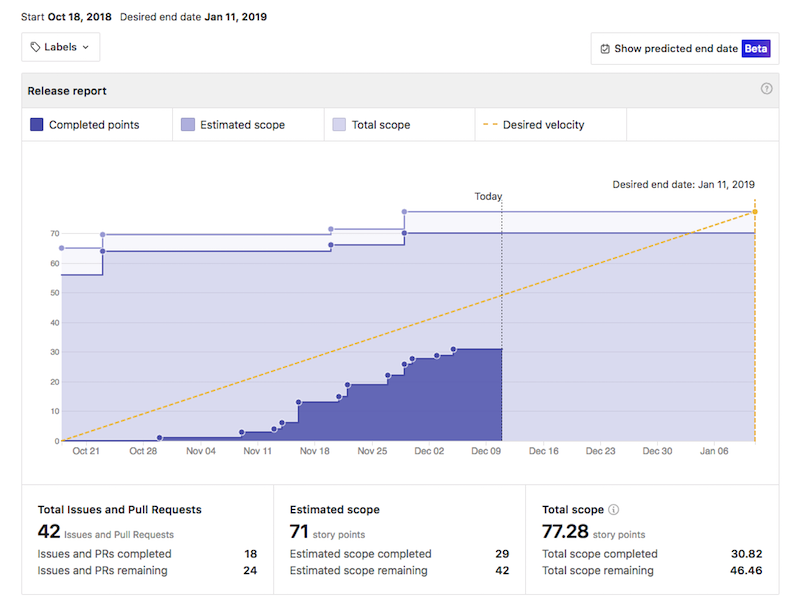 Issues that get added to the Release, but are un-estimated will be assigned an average story point number in the Report. However, the more work you estimate, the more accurate the report will be.

In this report, the difference between the Total Scope  and Estimated Scope is fairly low, which indicates that the team did a good job of ensuring each Issue in the Release was assigned story points. However, if you notice a significant gap between these two figures, it's time to go back to backlog planning and refine your Issues to ensure your scope is accurately reflected to intercept with the end date to draw the Desired velocity line.

In the example below, this report is also indicating that this Release is off track, but shows a few different trends worth watching for in your projects: 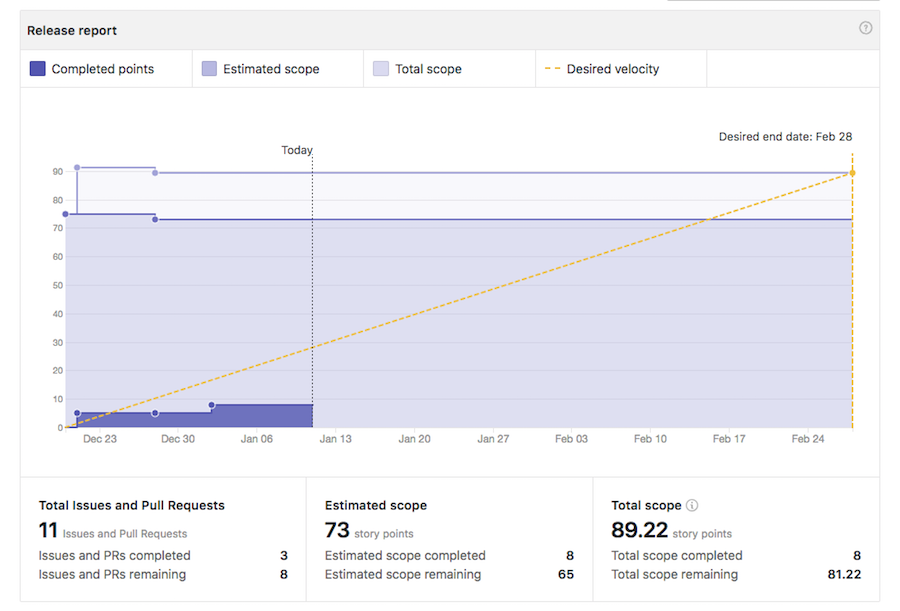 A stagnant or stale project / projects starting before being fully scoped

When you start to see lengthy periods of time of flatness, especially at the beginning of the project or in the middle, it could indicate that there is stale work, or the Release is no longer relevant. In the example below, there is no work that is being completed until several weeks after the start of the Release (October 26th). In addition, the Total Scope grows steadily for the first few weeks. This likely indicates that the team started work on the Release before it was fully scoped.

The sharp slope of Completed Points from October 28th to November 4th shows a good progression of work being completed. However, this immediately slows down, shown by the the long, flat period starting after Nov 4th. The team should take some time to diagnose this:

You can also see that due to the stagnancy that did occur, the Release is past the due date by a few weeks with a third of the Release not yet completed. It's important to have scope and deadline conversations throughout the Release to make decisions about end dates before the project is coming to a close. 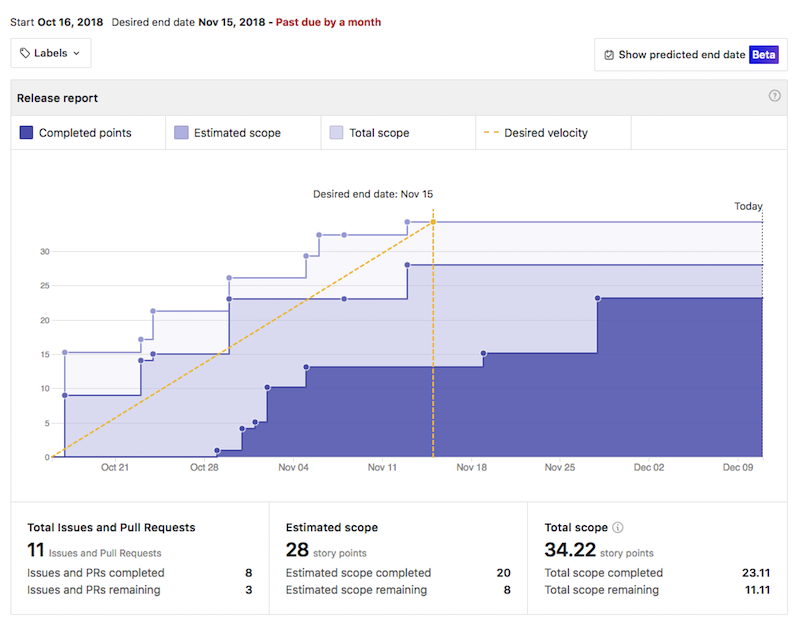 Below is a great example of an ideal release. The straight slope of the Completed Points line (dark purple dots) indicates that work is being completed in a steady, gradual manner. Although the team was initially closing Issues more slowly than the Desired Velocity, the pace picked up and they eventually got ahead of the desired velocity.

This is a great opportunity to reflect on what went well mid-Release to bring the team back on track and how they can apply those learnings to future releases. Because the team's velocity matched the Desired end date throughout the Release, there was very little reductions in scope. This is usually because there was good planning ahead of time to decide on scope, write out user stories, and plan before kicking off the project. 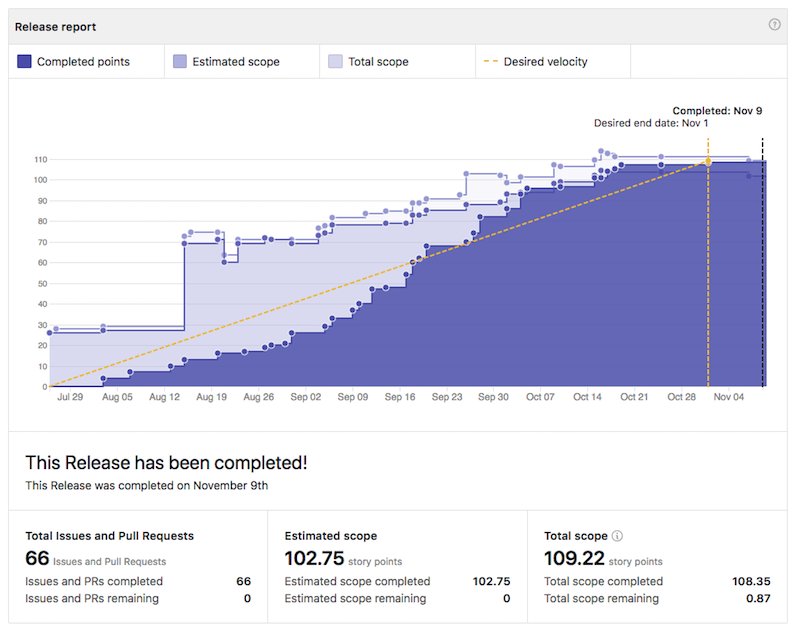