In 2011, researchers at Microsoft released an award-winning paper that examined estimation techniques used by their teams over long periods of time, comparing those estimates against their actuals. You know what they found?

All estimates are wrong (but some are less wrong).

All estimation techniques are flawed, but some were more wrong than others. Time-based estimates done by individuals not doing the work were the most wrong.

• Work together for a few weeks

• Get some stuff done

This “medium” piece of work becomes your comparison point for estimating effort. It should be:

• Completed within a sprint

If this piece of work was a t-shirt size, it would be a medium. For most ZenHub Users, a medium-effort story is a 5-point story (we use the Fibonacci sequence mapped to T-Shirt sizes for our estimates).

When you have a new body of work ready for the team to review and estimate the effort involved, ask the team if they think the new work is more or less effort than the established “medium.” Then map the t-shirt sizes to the Points in Zenhub. 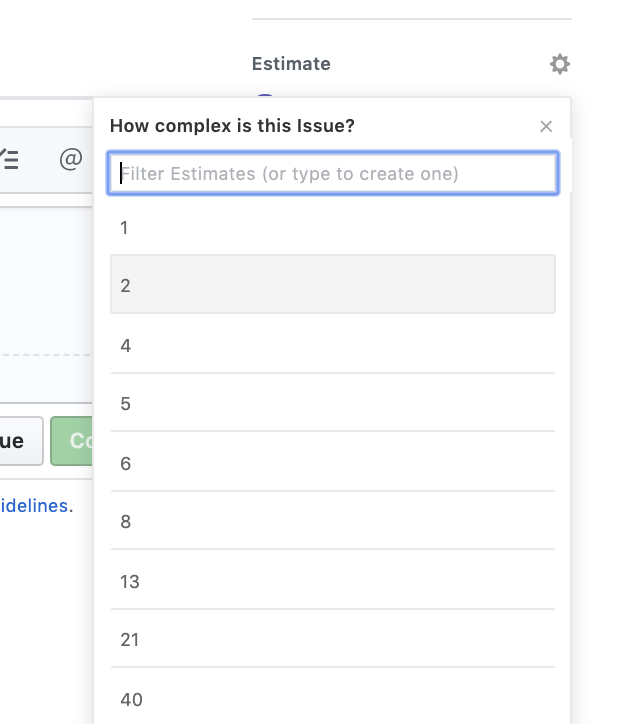 In traditional software project management, estimates are based on the question “How long will it take?” In Agile, estimates are based on the question “How big is it?” While at first glance the difference in approaches might seem subtle and even a little arbitrary, this reframing of the question from time to size turns out to be a real game-changer. People are mediocre at guessing how big something is in absolute terms, like hours or days – but are surprisingly good at sizing something up in relation to another thing. If you give a person two piles of beans, they probably won't be able to tell you how many beans are in each pile. However, they should be able to say one pile is about twice the size of the other pile.

When should you estimate?

There's no perfect answer to this, but here's what we recommend.

Before anything is ever estimated, GitHub issues should be broken into more granular chunks as some discovery work has been done. Probably, that means they're ready to go in the product backlog (the backlog pipeline without a sprint assigned.)

Adding story point estimates at this stage will inform the next step: deciding which issues to add to a sprint. Issues that have a sprint and an estimate will appear in your reports, like Velocity Charts and Burndown Charts. As a result, you'll be able to see how your projected team velocity compares with reality. 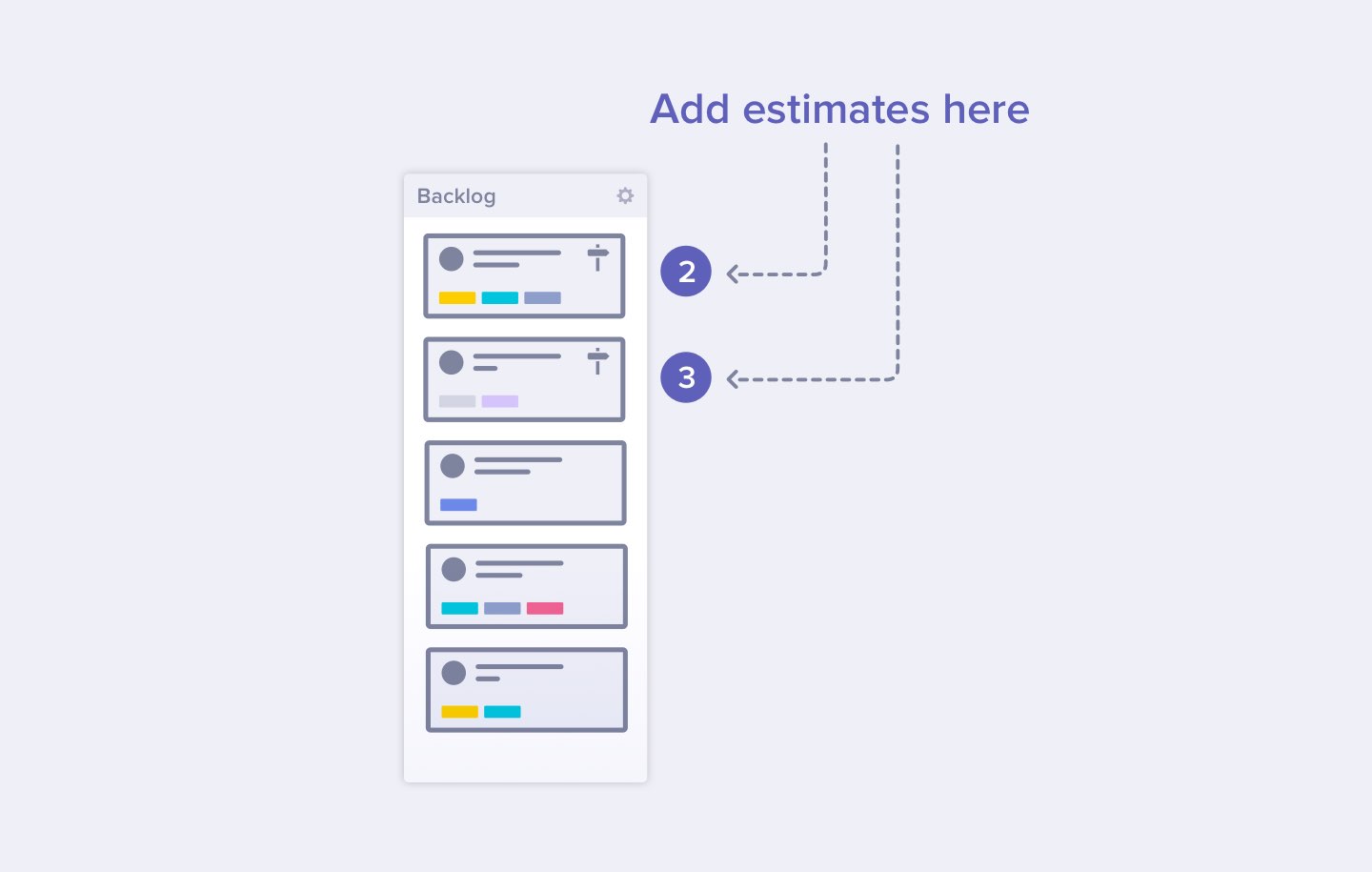 How should you estimate?

There are many ways to go about estimating software. Whether you use triangulation, planning poker, or some other estimation method, you should always remember:

If you're looking to add a final estimate to an issue, open an issue in ZenHub. Once in an issue, on the sidebar will be a section for setting an Estimate. 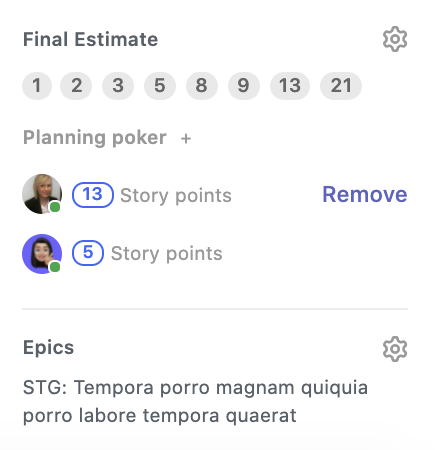 Deleting the story point will permanently unassign the estimate across all issues where it has been assigned. Be sure to talk with your team before permanently deleting a story point option.

If you need to clear the estimate from the issue, click on the gear icon and uncheck the estimate, it will be removed. 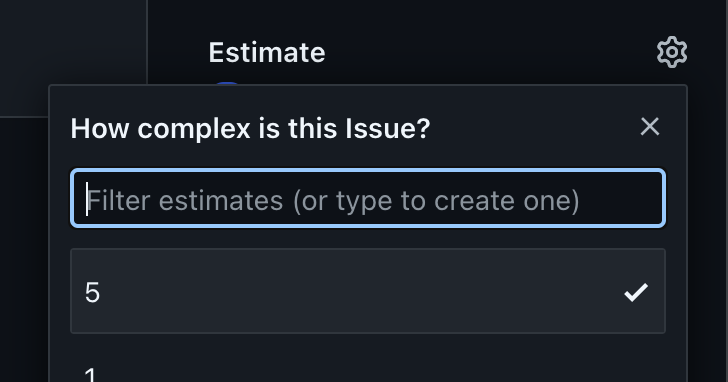 To add a new story point option simply type the value you would like to add as an estimate. This will prompt you to create a new value.

Sort issues on the Board by estimate

Once you have estimated issues, you can sort each pipeline on the ZenHub Board by story points. Click on the Sort pipeline option and select Estimate to get a complete picture of the estimates of most issues in the workflow.

Whether you are starting your sprint or doing some cleanup on the Board, you can leverage the multi-select action bar to assign estimates to a grouping of issues.